Decided to pay Huntstrete another visit today, especially as its exactly 5 miles door to door. I normally stick to bridge pool, as most of the matches are fished on here, but i fancied a change today so drove on down to withy pool, i could see that peg 54 was empty so i loaded the trolly up in the rain and wandered down to the peg, its a nice peg to fish as there is an island in front at only 11 mtrs, and its the shallowest peg on the lake, only 5 ft, generally you only need to fish 7mtrs, which is just past the deepest part of the swim. Just by kindering a few casters in it hasnt in the past taken to long to start catching, but today was different, took ages to get a bite, then after catching a fish, the next one would take ages to get, i tried going a bit further across into slightly shallower water, but the results were the same , only odd fish. 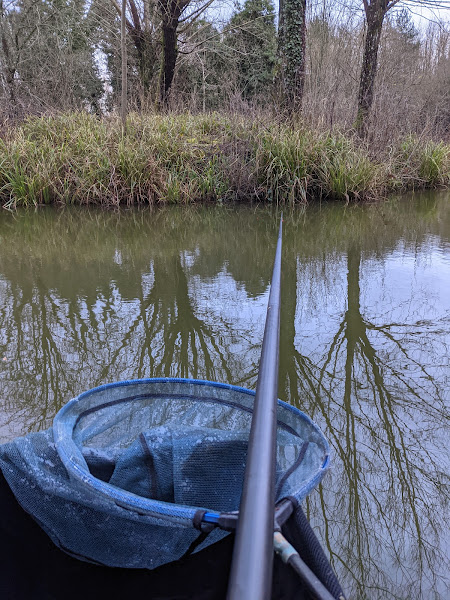 I had fed a meat line over towards the corner of the island, i did give it several goes but never had a tremor there . I was intending to pack up at 3 so at 12.30 i wandered back to the van and got a bag of groundbait which i had mixed about 5 days before, it didnt smell to good, and the spores growing on it didnt instil me to much confidence, but who knows, it may be a covid cure, I made another rig to fish 13 mtrs to the right, where it was about 12 inches deeper, i cupped in a ball with some caster and dead reds, gave the meat rig another go, but ten minutes later i was going over the 13 mtr line. 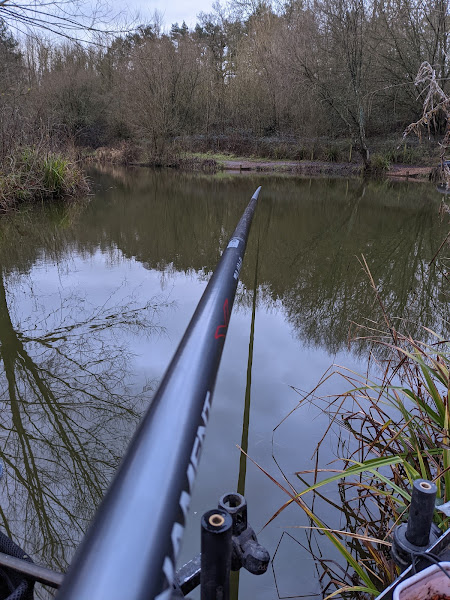 It was like a light switch going on, bites straight away from small skimmers with the best about 12oz, and some roach aswell. 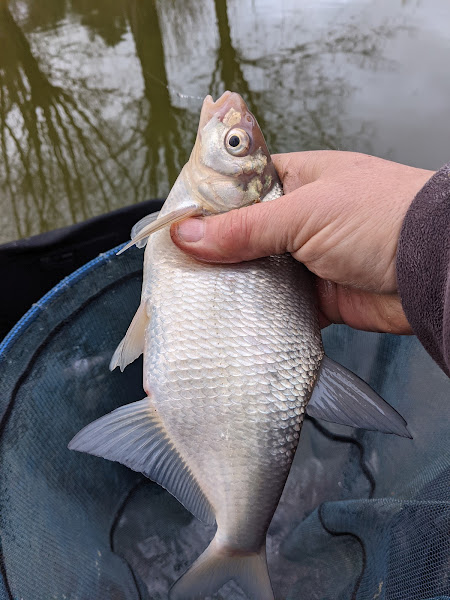 I also started introducing some groundbait on the 7mtr line , and that line came to life aswell, so i definitely made a mistake by not feeding crumb from the start, live and learn. So i had a good last 90 minutes with skimmers and chunky roach, so slow start and really enjoyable end, plus on the doorstep, well nearly. Good fishing for a small outlay, and lovely surroundings, so get down to premier angling in keynsham to pick up a BAA licence and a few day tickets. 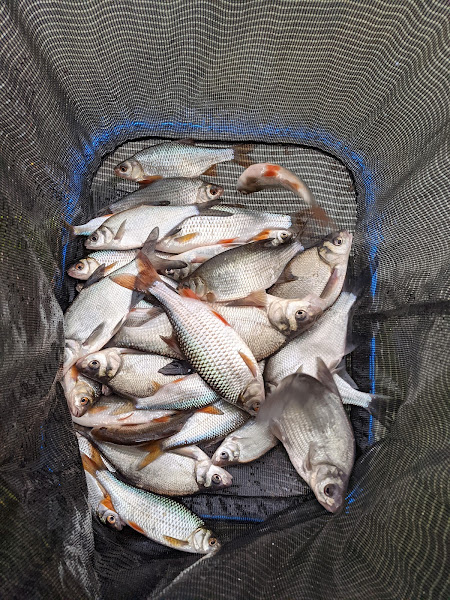