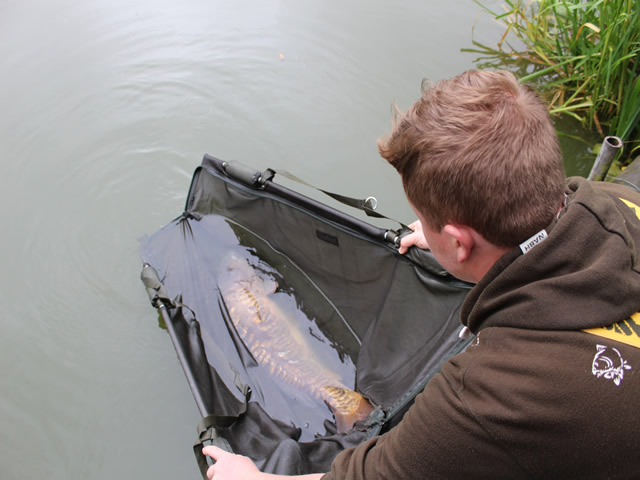 When fishing any B.A.A. venues, members must ensure that they are familiar with club rules which may change as deemed necessary.

Members must be aware that individual fisheries have individual rules that must be adhered to.

1. The Association shall be called the “Bathampton Angling Association” with an annual subscription to be fixed at every Annual General Meeting.

On payment of a Subscription Membership shall be from January 1st to December 31st inclusive, or from date of payment to 31st December of year of issue. Members to show their membership book before admission to the AGM if required.

A replacement membership permit will be issued at a cost of 25% of purchase price plus postage.

1a A Junior is a person under the age of 17 years on the 1st January whose permit is issued before his/her 17th birthday.

1b A Veteran is a person who is aged 65 years or over at the date of purchase.

1c The Association’s Financial Year ends on the last day of September. The Membership Year ends on 31st December.

2. No person shall be deemed a member of the Association, or be entitled to vote at any meeting, or be elected to any office, or become a Member of the Committee or exercise any of the privileges accorded to the Members, until his subscription for the current year be paid, except that:- 2g] Persons issued with a “Guest Permit” shall be members of the Association whilst attending an Association fishery on the day authorised by that permit and may fish on that day but shall not be entitled to other privileges of membership.

3. The Management of the Association shall be in the hands of the Committee, consisting of the Chairman, Vice President, General Secretary, Treasurer, Membership Secretary, Publicity Officer, Junior Organising Officer, Head Bailiff, Assistant Head Bailiff, Fisheries Officer, Safety Officer, Legal Advisor, Website Administrator, Welfare Officer [hereinafter referred to as the Officers] and 12 members of the Association.

3a] The committee shall have power to co-opt members onto the committee to fill any vacancies that may arise, giving first consideration to the member[s], if any, who recorded the highest vote during ballot at AGM and that member shall have the power to vote, provided that such co-option be limited to three vacancies per year.

3b] The Committee shall at all times have power to co-opt ordinary members to assist the Management Committee, if, by attending a Committee Meeting, the said members’ knowledge is to the advantage of the Association. 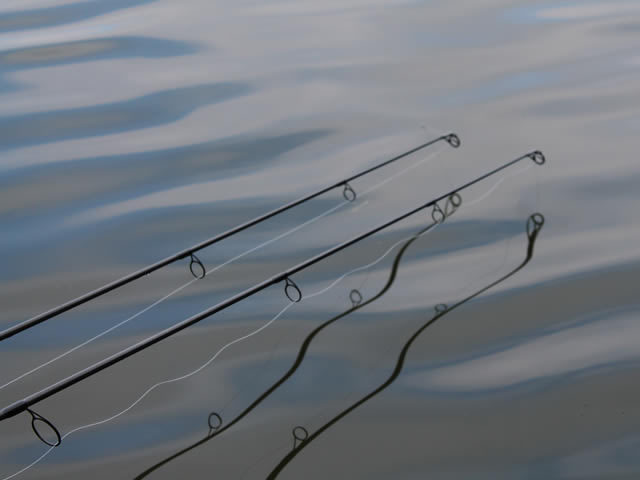 3d] At meetings of the committee five members shall form a quorum.

(i) as a committee member or Officer of any other angling club, association or company which is not an affiliated club or
(ii) as an individual whose business interests which may in the reasonable opinion of the Committee compete with or conflict with the interests of the Association.

3f] Any member of the committee failing to attend three or more of the statutory meetings may be requested to seek re-election.

3g] The Treasurer shall furnish a statement of accounts at each committee meeting.

3h] The committee, being always mindful of the future of the Association, shall have power to invite up to four junior members to attend and observe procedures at committee meetings; with a view to these young members becoming eligible and suitably qualified for election to the committee.

3i] The committee have power from time to time to form sub-committees; make, alter and rescind such Bye-Laws as they may deem necessary for the efficient management of the affairs, fisheries or properties of the Association. Provided such Bye-Laws or any alterations, repeals or additions thereto are in accordance with the rules of the Association.

3j] Any dispute arising which is not covered by an existing rule shall be referred to the Management Committee for a decision. An appropriate amendment/addition to club rules will then be submitted to the next Annual General Meeting.

3k] The Committee may from time to time appoint a Disciplinary Sub-Committee consisting of not less than 5 members of the Committee to hear any member or members who have been reported to the Committee for an alleged offence under Rule 9 and to make decisions as to the sanctions [if any] to be applied to the member(s) concerned – such sanctions may include [but shall not be limited to] suspension or withdrawal of membership of the Association.

4. The date of the Annual General Meeting is the first Tuesday in November at such venue as the committee may decide and notify by advertisement; or failing such notification, at The British legion Charlton Road Keynsham Bristol Bs31 2ja.

4b] Members to show their current membership book before gaining admission to the Annual General Meeting if required. 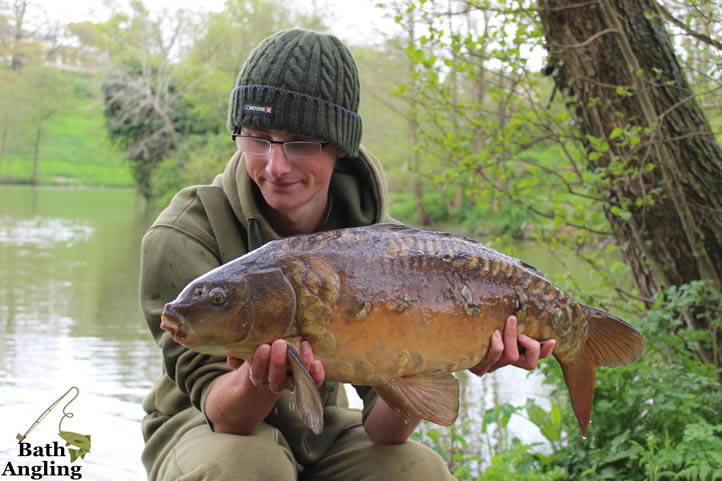 4c] At General, or Special Meetings of the Association [12] twelve members at any such meeting shall be deemed a quorum. Any alterations in the rules must be passed by three-fourths of the members present at the General or Special Meeting convened for that purpose.

4d] At each Annual General Meeting five members of the Committee (not being the Trustees or the President or the Treasurer for the time being) must retire but are eligible for re-election for a further 3 years.

4e] To create a sufficient number of vacancies if less than five members retire voluntarily then a sufficient number of members of the Committee to make up the shortfall must retire in order of seniority and in the case of equal seniority (to be ascertained by reference to the number of years continuous service on the Committee of the member concerned since he or she was last elected) the order of retirement must be determined by lot.

4f] The Committee must nominate a sufficient number of members of the Association to fill the vacancies and the list of the names of those who retire must be sent to the General Secretary in writing not later than twenty eight days before the date of the Annual General Meeting.

4g] Any two members of the Association may propose any other candidate or candidates by notice in writing to the Secretary and leave twenty eight days before the Annual General Meeting and every member of the Association is entitled (but not obliged) to vote for as many candidates as there are vacancies to be filled and no more.

4i] Members whose residence is outside a radius of 20 miles of the Guildhall Bath, shall be ineligible to vote at any meeting of the Association,
Exceptions: If a member of the Committee whilst in office moves outside of such a radius from the Guildhall, Bath, then that member be allowed to hold office and voting power until the next AGM and that AGM at their discretion allow the member to continue in office for further periods if it would be to the benefit of the Association.

5. A General or Special Meeting may be held at any time if called by ten members upon giving fourteen days notice thereof to the Secretary stating the purpose for which such meeting is called. Notices of all meetings shall be given as the Committee may think fit. No business shall be discussed at any Special Meeting other than that of which notice shall have been given. The Committee shall have power to summon a Special General Meeting at any time on giving seven days notice.

7. A firm of Auditors shall be appointed to audit the accounts of the Association.

8. All hiring by the Association shall be in the names of the Chairman and Secretary, unless authorised in writing by the Management Committee.

9. Any member who shall at any time infringe the Rules and Bye-Laws of the Association or whose actions are liable to bring discredit to the Association shall be liable to expulsion from the Association upon a resolution to that effect being passed by a meeting of the Disciplinary Sub-Committee under Rule 9a].

9a. Any member reported to the Committee for an offence under Rule 9 has the right to attend the disciplinary meeting convened under Rule 3k] to hear the matter or to submit a written statement for consideration by the meeting in answer to any alleged offence for which they have been reported.

A member charged with an offence under Rule 9 will be notified by registered post or recorded delivery (as appropriate) of the alleged offence in writing by the Secretary and asked to respond to the Secretary in writing within 14 days of the notification being posted and elect either to attend the disciplinary meeting, submit a written statement for consideration by the Disciplinary Sub-Committee or admit the offence.

Only members of Bathampton A.A. shall be entitled to attend the disciplinary meeting and the Disciplinary Sub-Committee’s decision shall be final.

10. In the event of the dissolution or winding-up of the Bathampton Angling Association any surplus assets or moneys will be donated to a charity or charities which will be decided upon by the Committee in office at the time of dissolution.

11a] EQUAL OPPORTUNITIES POLICY: Bathampton Angling Association is strongly committed to equal opportunities for all sectors of the community. It is the policy of Bathampton Angling Association to ensure that no member will receive less favourable treatment on the grounds of age, gender, marital status, employment status, social class, colour, race, ethnic or national origin, religious belief or disability, or will be disadvantaged by conditions or requirements which are not relevant to performance.

11b] No person shall be refused membership on the grounds of race, colour, creed, religion, sex, sexual preference, impairment or disability.

12. CLUB DEVELOPMENT POLICY: Bathampton Angling Association is committed to developing quality opportunities for our members. In order to do this we will identify new opportunities and ways to progress and improve on current practices and procedures for the good of the club and the members.

13. Bathampton Angling Association is intent that children, young people and vulnerable adults will find angling a safe environment in which to have fun, learn and develop, and will seek to ensure this by adopting, using and promoting the Joint Angling Governing Bodies Child Protection Policy Guidelines Document. (Copies available from National Federation of Anglers or Bathampton A. A.).

14. Each member shall acquaint themselves with the Rules and Bye-laws of the Association.

15 All fishing rules, information and bye laws that are applicable to each fishery are shown on the “Club Waters” section and then on each fishery heading.