The Bob Warden memorial match was fished on the Kennet and Avon canal at the George and Claverton. It was run in aid of Multiple Sclerosis and raised over £400 for the charity.

20 anglers fished and being a bright warm day, it meant there were lots of boats putting colour into the water and many walkers and cyclists around. Despite this, the canal has fished extremely well with an average weight of over 9 lbs per angler.

Bob’s son Leighton Warden was delighted to add his name to the trophy by winning the match. He was on the end peg at the George by the school.
He fished bread down the middle and caught skimmers and bream up to 3 lbs. He tried other baits but caught nothing on them so kept coming back to the bread to catch more skimmers and bream and finished with a weight of 19 lbs 12 ozs.

2nd was Andy Britt who was on the brambles at the George. In an area not usually known for skimmers, he was surprised to catch skimmers and bream to 3 lbs on the bread at 5 metres along with some roach. Once this line died, he was able to catch more skimmers and bream further across the canal, again on bread. He weighed 19 lbs 8 ozs.

3rd was Bob’s other son, Lee Warden with 16 lbs 2 ozs. He was drawn at Claverton a few pegs down from the bay. He started on bread and caught only 12 roach and then switched to his chop worms lines to catch a roach of 1 lbs 6 ozs, an eel of over 1 lb and a few small skimmers. Feeding squatts on the far side he caught lots of roach and bleak. The last hour he caught bleak on the inside while feeding squatts. 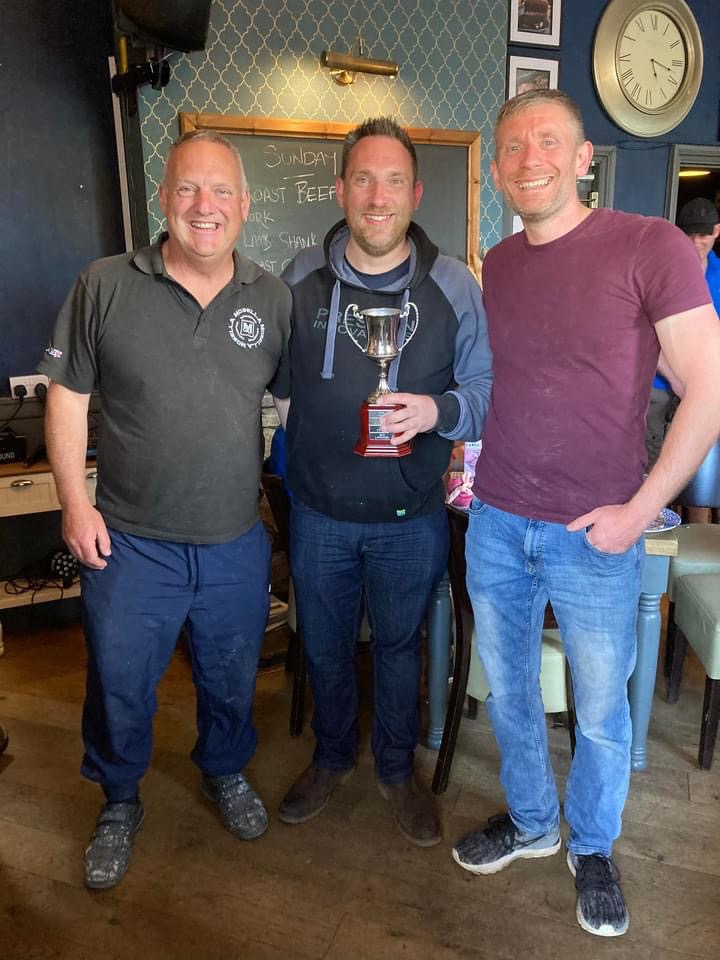